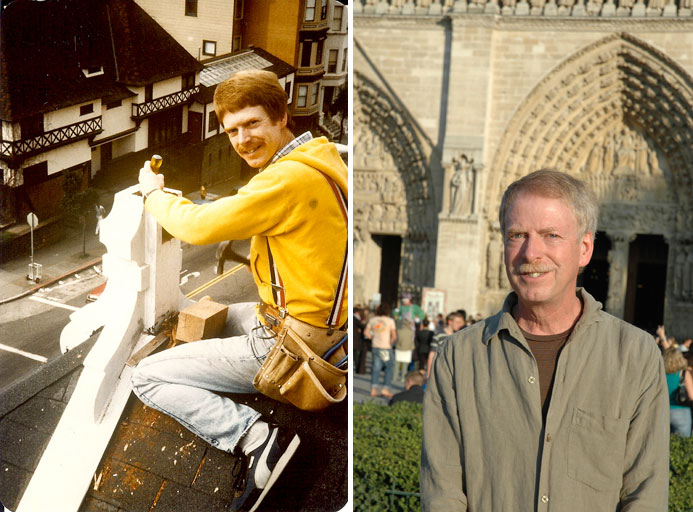 Erik Kramvik grew up in the Midwest where he studied architecture at the University of Minnesota. His love of architectural history soon led him on the first of many trips abroad to explore the world’s architectural monuments at first hand. After a long trip around the world in 1978, he returned to San Francisco and started a business restoring facades of ruined Victorians. He soon met other individuals involved in the Victorian Revival movement. In early 1982 he worked with painter Bruce Nelson, colorist Jill Pilaroscia, and plaster maker Keith Tartler on the first collaboration of artisans that would join together later that year to found Artistic License. He soon gave up the carpentry side of business and devoted his skills to designing the restoration and rehabilitation of period buildings, including both local and National Register landmarks. In addition, his love of photography resulted in an enormous collection of images of world architecture that has provided the basis of many lectures about the history of architecture. He has been a member of Artistic License for the past 38 years and a resident of his beloved San Francisco for 48 years.