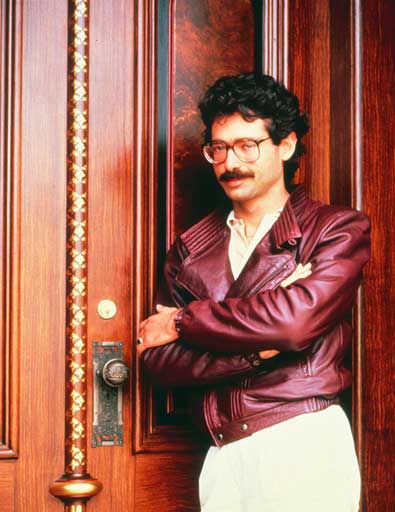 David Modell was born in Sacramento and studied architecture at the University of California in Berkeley. After graduating he went to work for San Francisco Victoriana and, along with Stephen Rynerson, designed accurately detailed facade restorations for Victorian buildings that had lost their ornamentation due to misguided attempts to modernize old buildings in the 1940’s and 50’s. Victoriana eventually decided to dedicate their business only to the production of moldings and other period ornamentation and closed their design office. David started his own architectural design business and soon found dedicated clients in the burgeoning Victorian Revival that began in the late 1970’s. He produced countless designs for both period interiors and exteriors that were characterized by his strong devotion to historical accuracy and inventive use of period details. His knowledge of Victorian architectural history was extensive. His beautiful designs were displayed in many design publications. David became a charter member of Artistic License in 1982 and was an early director of the group. His erudite guidance helped the guild find its identity and establish its goals in the early years of its existence. He remained an active member of the group until his death from complications of AIDS in 1993.