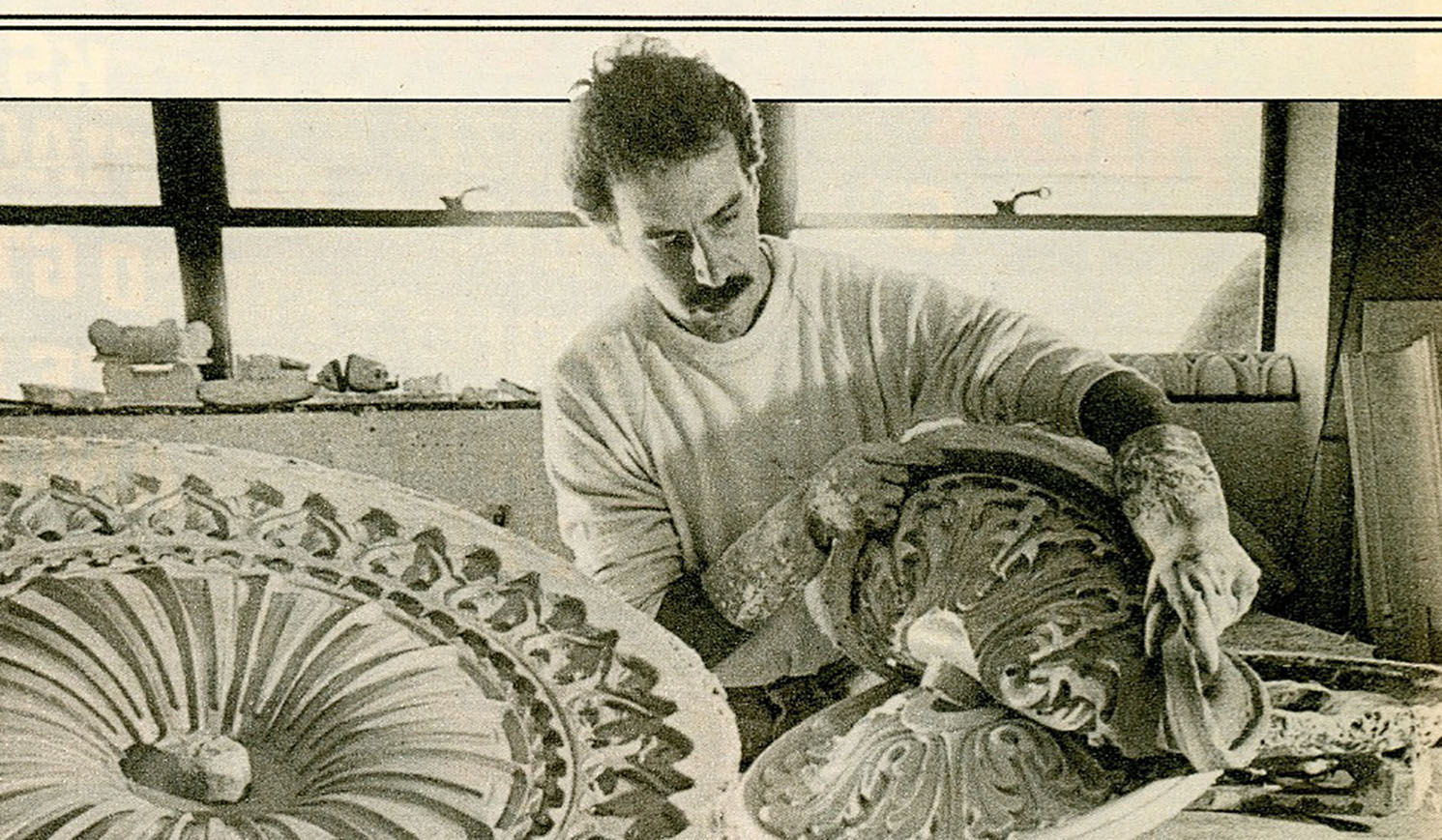 Keith Tartler stumbled into his career after being laid off from an Architectural firm in Washington DC; the company next door made plaster mouldings and “it looked like a good summer job.”  He found the work fulfilled his interests in design and architectural history, and went on to run the plaster department at San Francisco Victoriana, which was an important resource for restorers in the Bay Area. In addition to running the plaster department at SFV, Keith was an immensely talented sculptor and ceramic artist and he  created many pieces inspired by Japanese samurai helmets.

Keith Tartler became a hard working member of Artistic License during the first year of the guild’s formation and collaborated on many projects with other guild members. He had a great sense of humor and an encyclopedic knowledge of his craft that made him a joy to work with.  He was taken from us in early 1991 when he died of AIDS. His remains are to be found at the SF Columbarium.